Allowing our members to regularly have matches among themselves

2. Round Groups and Standings

2. Round Schedule and Scores

1. Round Groups and Standings

1. Round Schedule and Scores

• Match dates and scores are published on this site.

• The players determine their matches among themselves and make court reservations from the Academy Official.

• Matches are played before 17.30 on weekdays or after 20.30 on weekdays and after 18.00 on weekends, without affecting the Academy programs.
Apart from these hours, the league match can be played on the hours and courts that comply with the programs of the Academy.

• First period group matches must have ended on 30.11.2020. Matches that are not scored on this date count as WO.

• After the 1st round group matches, the groups they will be in the next round are determined according to the ranking in the group. (1st group goes to a group, 2nd to a group… 6th to a group etc.).

• It is essential for a player to play at least one match each week. But illness, disability, vacation, work, etc. The player who will not be able to play on the specified date for reasons can make their matches early or late, provided that they agree with their opponent and do not affect the Academy programs.

• 90 minutes are allocated for the matches so that they do not affect the Academy programs. The pre-match warm-up time cannot exceed 5 minutes.

• If match arrangements cannot be agreed on a common day and time, both players; It should offer 3 options, not affecting the academy programs, at 15.30 and before or after 20.30 on weekdays and after 18.00 on weekends. At least one of the 3 options should be outside the general working hours on weekdays and the second should be on weekends. But the two options (excluding weekend) cannot be on the same day.
Apart from these hours, the league match can be played at times that comply with the Academy programs. However, 90 minutes can be allocated to these matches. If the match is not finished within this period, it is the first priority to complete the match on the same day and at times that will not affect the Academy programs, if not, the match must be completed as soon as possible within the league criteria. Otherwise, the League Committee decides on the situation of the match.

• League matches are played on open or closed hard courts. If both sides agree, the court schedule and weather conditions can be played on the clay courts.

• New ball will be unlocked in each match. The Academy will provide the balls, and 100 TL will be paid per person for the first period group matches. When the second period group matches begin, the amount to be paid according to the current price and the number of matches will be calculated separately. Balls after the match remain at the Academy.

• Matches are played with decision points and tie-break rules, where two sets of players win. In the case of a 1-1 tie in sets, the 3rd set is played as a 10-way super tie-break. In the tie-break game, a field change is made in 1, 5, 9, 13 and following numbers.

• Rankings are ranked according to first win, then set and game win rates. If there is a tie in the ranking, the result of the match played between the two players is looked at, the player who wins that match is ranked higher. In the case of a triple tie, the set and game average are considered respectively. The player with the better average will take the top spot.

• A pre-scheduled and announced match will be postponed, however;

– The approval of both parties,
– Not after the period matches are due to end
– Not affecting the Academy programs on the requested date,
– The delay must be notified to the League Committee at least 4 hours before the match time,
– The date to be postponed must be determined (The person who wants to postpone must comply with the other party.)

it can be postponed only once. It is not possible to postpone the 2nd time.
However, the League Committee may decide to postpone the League match when it deems necessary. Otherwise, the match is deemed to have not been played and the relevant rule is applied.

• The League Committee decides on the status of unfinished matches for any reason.

• If, for any reason, 2 players do not play and WO occurs, both players are deemed to have lost the match.

• If there is a situation related to the competitions other than the rules written above, the League Committee will find a suitable solution and the committee may change the rules when deemed necessary. 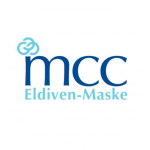